From Becky the bitch to Brian the brown-noser, you hear a name, you think things. 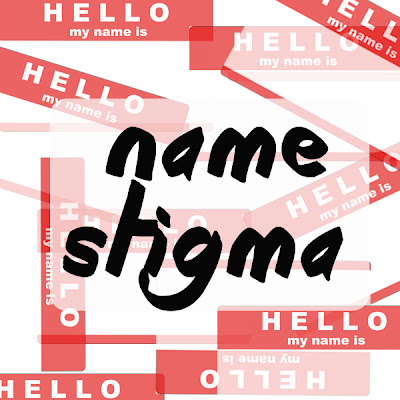 A 'name stigma' is an association of a name with a previous person's personality and characteristics.

There are a lot of people in the world, and it’s estimated that you will meet approximately 100,000 of them in your lifetime. I’m not sure how many of those people will share the same name, but I “know” about 4 Brads, 20 Megans, 15 Sarahs, 3 Lauras, 6 Dans etc. so I’m sure there is quite a bit of overlap.

The first person you meet with a name you haven’t heard before will create your ‘name stigma’. It could be good or bad, but you will remember it until someone else changes it.

In Romeo and Juliet, Romeo rejects his family name so that he is not associated with its previous implications, or 'stigma'. The line: “What's in a name? That which we call a rose  by any other name would smell as sweet” really picks up on the superficialness of ‘name stigma’. But in my defense, would
you really want to stick your nose in something that previously pricked you? The name can be offputting to the scent, or shall I say, the personality, behind it, especially if your previous experiences with a ‘rose’ caused blood to gush from your finger.

Here are some examples of my ‘name stigmas’:
Isaac:  I would have a hard time dating someone with the name Isaac. In grade 3 there was an Isaac in my class who always had warts on his fingers.
Garrett: Ever since a highschoool crush, the name Garrett makes me insta-interested.
Megan: Megan's give me trust issues (maybe there are just too many people, and too many personalities, associated with that name).
Samantha: A know-it-all. Forget Brian - this is my brown noser.

Do you carry any name stigmas?