How To Declare Relationship Bankruptcy 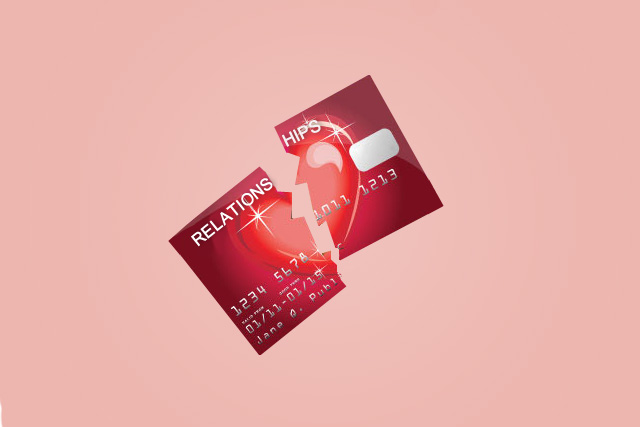 So I checked my finances after the holiday season and it turns out, I should have taken those 'Debit means no debt' commercials a little more seriously. Everything is in the red, and wasn't just my wallet that was hit hard. In addition to horrible finances, I was also in a slew of horrible 'relationships'. Not meaning to say I was dating anyone in particular, or that my secret crush even knew I existed, but overall, my relationships were as red as my finances. I had decided it was time to get back to black, and since dumping a few guys is easier than earning more money, I started there.

The Question: How can I find an 'investment worthy relationship' with all this 'relationship debt' hanging over my head?

The Answer: Declare Relationship Bankruptcy. It won't be as easy as Michael Scott in The Office (publicly proclaiming he's bankrupt - though I think it's pretty obvious that I've been bankrupt in the relationship department for quite some time), but there is a way to do it!

I no longer have any booty calls, no more swooning over guys I can't have or writing a penpal I'll never meet. I'm starting with a fresh slate, of course my credit (aka my ego) is taking a hit (no late night hangouts, no textual chemistry), but my mind will feel fresh!

I want to focus on having mutually beneficial relationships in my life, which is next to impossible when I keep falling back on a safety net of half-assed ones. I invested heavily in these 'high risk relationships' over the holidays, looking for that winter love we all want - but it's time to cut my losses.

How To Declare Relationship Bankruptcy In 7 Steps:
Over the years, relationships will build again, so it's important to know when to pull your investment! Having 'relationship debts' earning more interest than they were originally worth, is taxing on your emotions, and becomes a much larger burden over the long run.

By declaring Relationship Bankruptcy, I now have an entire year to drum up some fresh investments and hopefully one will pay off BIG!