This blog was created to make the mundane memorable, but I don’t know if this period of my life can be known as ‘memorable’. 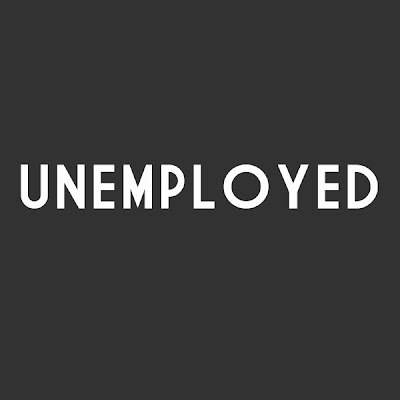 Here is what I have accomplished over the last 3 weeks of being unemployed.

Netflix:
My sister very graciously offered me her Netflix information as daytime TV isn’t very good. After watching Live with Kelly and Michael, The Price Is Right, and 2 hours of People’s Court, noon hits, and there is nothing left to watch. Netflix has allowed me to fall asleep watching the same documentary 3 days in a row.
Harem Pants:
Cause this is all that fits me right now. Being unemployed leaves a lot of time for lunch dates (not with men, with friends) and pigging out on Ben & Jerry’s at 10:16am.

DIY Projects:
I tried the chicken recipe that's on the Hellman's commercial. You put mayo and bread crumbs on the chicken (I only had Breton crackers). My mum informed me I couldn't use my George Foreman Grill for this, so I used my oven for the FIRST time.
I started bragging prematurely and sent pictures to friends that read: “Domesticated”.
3 hours later I was forced to send new texts that read: “Food poisoning – still undomesticated.” 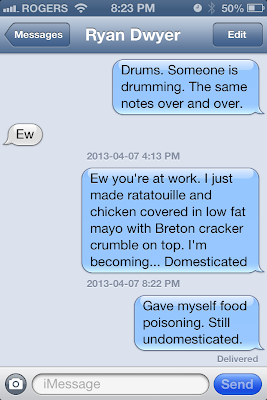 Job Hunting:
My dad said job hunting is like a full time job, and he was right. I put in about 2 hours of solid work, and spend the rest of my day faffing around.
Interviews:
Where my answers are so long I forget what the question was.
Shopping:
Lent is over (I made it!) but unemployment followed shortly after. This has resulted in the following purchases:  Unemployment pants, unemployment bathing suits (in case the opportunity should arise that I can go to Mexico on a whim – single life restricts this notion), unemployment knuckle rings (just cause), unemployment tanning, unemployment waxing (because somehow I might get laid while I stay home every night), unemployment pizza, sushi, chicken wings, etc. You can see where this is going.
Exercise:
Ha.

Except no really. I’m currently doing the ‘Squat Challenge’. All because of the saying “You can have a butt, but you have to earn an ass”.  I don’t know about you, but it took me a lot of sitting, laying motionless, and eating to earn this butt.
Tourism:
Plans to walk Chandler to magical places in the city (beyond a 3 block radius) have yet to happen…